I chose to start with the top rail.  I used my precision double square to set my marking gauge to the correct distance, and scored the shoulders of the tenons, then the cheek cuts.  This particular part is going to have an arc cut into the rabbet in which the mirror and backer board will live, so there's a little extra meat below the tenon.  Ordinarily a tenon wouldn't be cut this small.  I'm not sure if it'll end up being a problem or not, but this is the method I've chosen for this project. 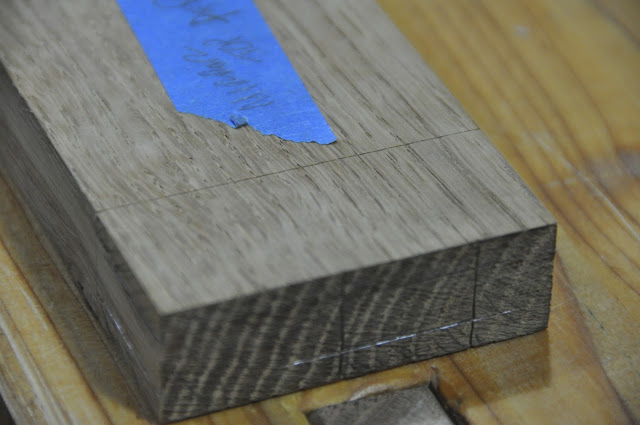 To prevent any grain from tearing, I go over my marking gauge lines with my marking knife and square.  Then using a chisel, I cut into the "knife wall" to create a little ramp for my saw to follow. 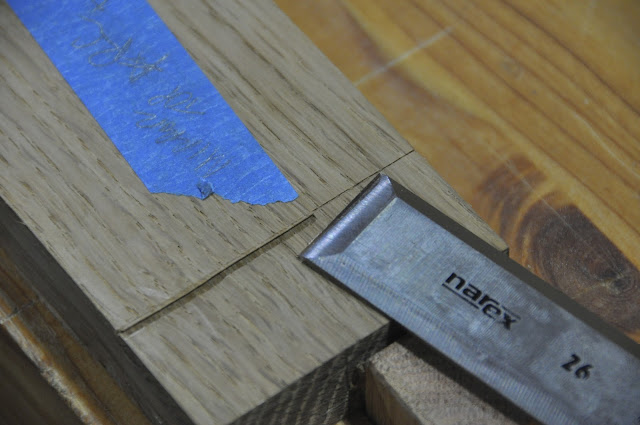 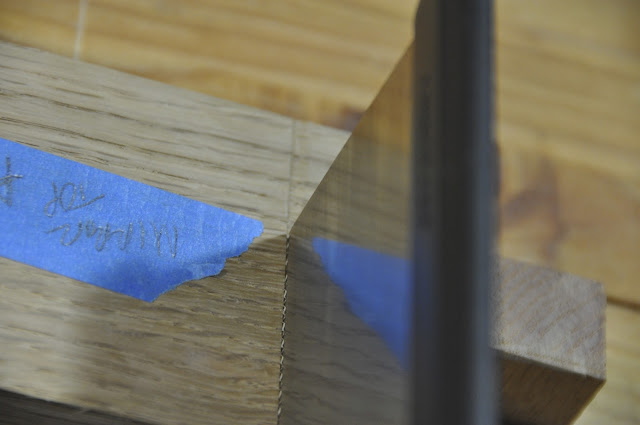 I think I heard this tip from Christopher Schwarz.  Use the reflection of the wood in the saw plate to make sure your cutting square and plumb.  All you have to do is adjust the saw until the wood continues into its reflection perfectly.  All the more reason to keep your saw shiny! 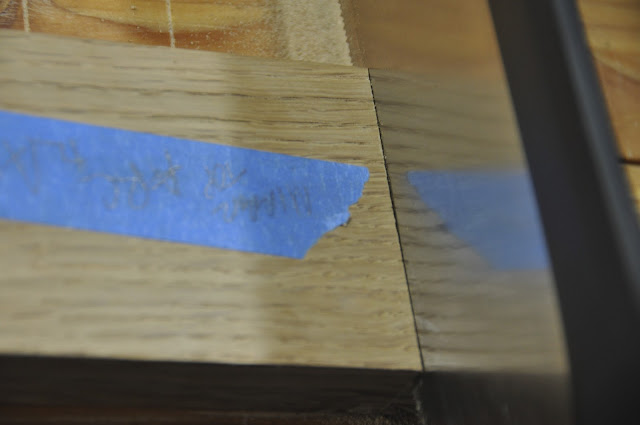 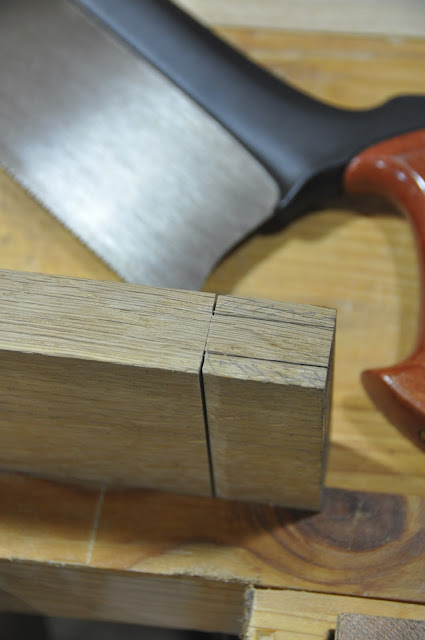 If you're like me and you lack confidence or skill when sawing shoulders on wider boards, add some training wheels.  In this next photo I've clamped a board along my shoulder line and I'm using it to help guide the saw. 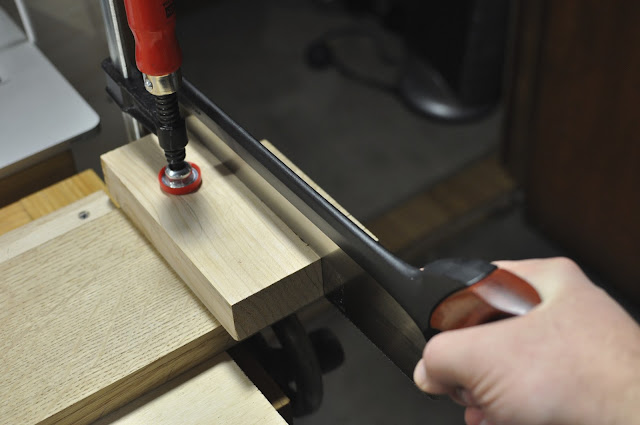 I do this on the bandsaw.  My carcass saws aren't always big enough to handle this as I've been doing a lot of through-tenons.  I try to leave the line so I'll have some wood to pare away to get a good fit later. 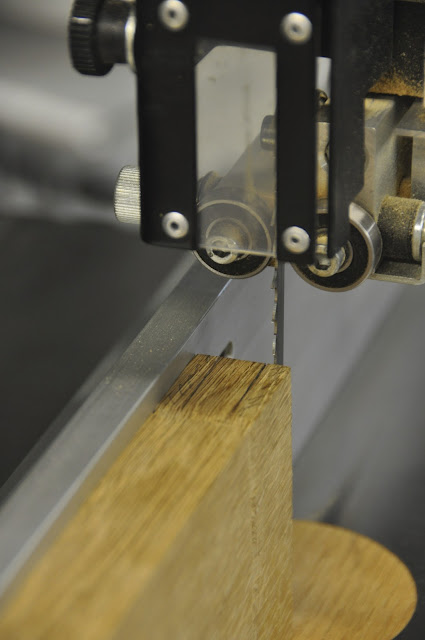 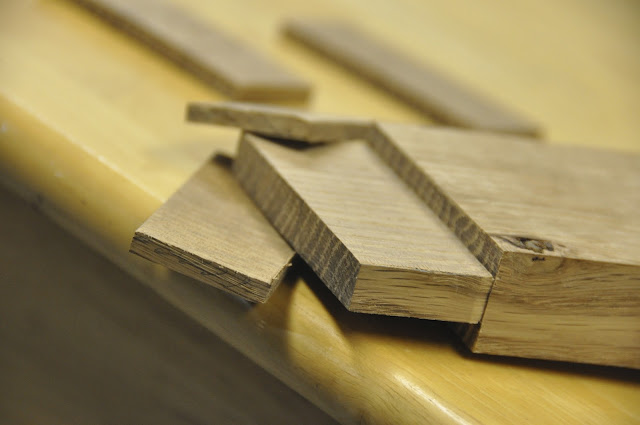 Finishing up the Tenons

Just mark and trim away the sides of the tenon.  Use a chisel to clean it up if your saw cuts weren't perfectly plumb. 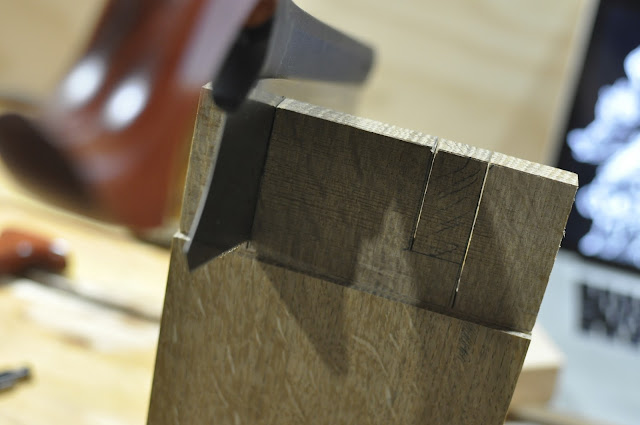 As soon as I cut the shoulders for the top rail (the first part I cut), the cut list goes out the window.  It doesn't do me any good to cut all of my parts according to the measurements on the cut list anymore because once that first cut was made, errors may have been introduced.

I'll be basing all of my joinery from this point forward on measurements of the work itself.  In this case, after the top rail tenons were finished, I placed it alongside the uncut bottom rail and marked the exact locations of the tenon shoulders for the bottom rail.  Had I not done this, my bottom rail would have been 1/16" longer than my top rail, which might not sound like much, but in a complicated project, little errors like those can sneak up and bite you.  Cut lists are dangerous.

My mirror might not end up measuring exactly what my cut list or Sketchup model said it should be, but as long as my joints are tight, you're never going to notice that it's 1/16" narrower.
Posted by Steve Erwin at 5:12 PM