Back in January, my eldest brother Matt asked me to help him make a couple things for his wife's birthday.  She wanted a spice rack and a frame for a mirror her parents gave her.  I asked him if he wanted the end result as soon as possible or the experience of making it.  If the former, we'd just use power tools and get them both done in a couple weekends.  He chose the latter and started coming over twice a week while I attempted for the first time to verbalize everything I've learned so far about working with hand tools.  Took us about two months.  We took our time and drank more than a few growlers from the Craft Beer Exchange.

It was a little awkward at first as I never considered myself a teacher.  I showed him an operation twice and then let him take over.  When he wasn't accurate enough for my fussy standards I'd square up the end or rejoint the edge.  For the most part everything went really well, no one cut off any appendages.  We made a few small mistakes, but learned from them and he seemed to really enjoy it.

The spice rack is made out of hard maple with housed dadoes and wedged through-tenons (a first for me).  One of the shelves split a tiny bit because I hammered the wedge in too far.  I'm going to have to practice that joint a few more times before I'm comfortable trying it on a real project again. 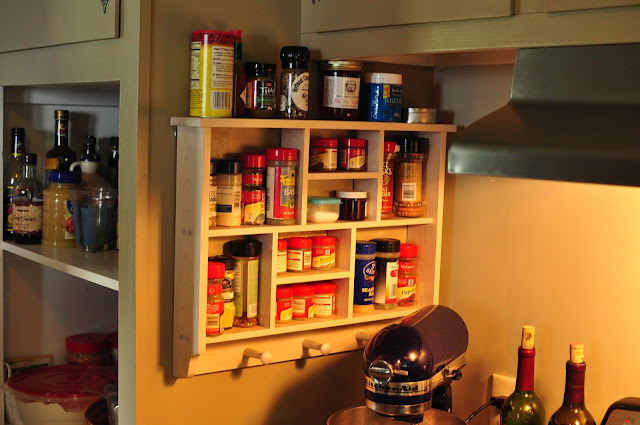 And the mirror is a copy of the one I just made for myself, only without the shelf.  The only problem was when I was hammering the drawbore pegs in.  The grain on the back side blew out.  At least it's on the back, but it felt like a real failure to me.  Matt and his wife are very Type B personalities, though, so if they can't see it, the problem doesn't exist.  I'm about to do more drawboring for the entry bench and I'm a little nervous.  Better do some reading up first to make sure I'm doing it right. 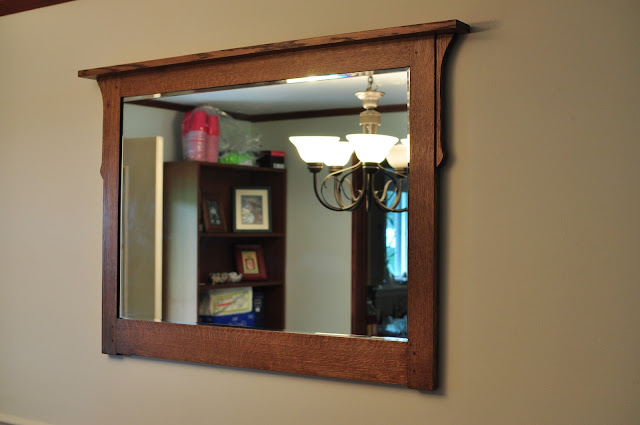