This is my first real attempt at considering wood grain for every element of a project.  Everything I've read about "designing with the grain" suggests that putting this effort in before you begin the project will really help bring the end result to that "fine furniture level."

Enough with the quotes.  This was a royal pain in the ass.  I thought I ordered 50% extra wood because I'm new at this sorta thing and I wanted to leave plenty of room for flaws, selection, waste, and mistakes.  From what I can tell, after working on this for the pat 4 hours, it looks like I ordered exactly the amount this project requires.  I'm not sure where my math went wrong, but it's on my list to find out so that I don't make this mistake again.  I got really lucky.


Once again, here's what I'm going to be building: 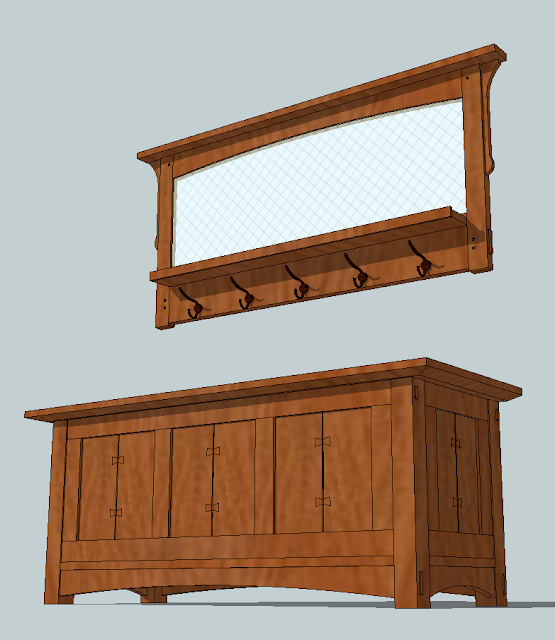 So here's my thought process.  There's probably a faster way to do this, and if anyone out there is reading this at all, and if you know a better way, please chime in.  This was tricky.   Maybe it's easier when you have a huge supply of lumber, and perhaps the reason I had so much difficulty is because I didn't have any extra to choose from, but even so, it took awhile to get to the point where I realized I was running low on stock.


I saw Dave Jeske using blue tape to label the parts of his daughter's hope chest and I thought it was a great idea.  In the past I've scribbled, erased, crossed-out, and re-written part names on the face grain, end grain, and side grain and it never seems like I put the label in a spot where it's not going to get sawn or planed off.  By writing my part names on blue tape, I can peel the tape off and move it to another board without having to rewrite or erase anything.  This happened more than a dozen times as I attempted to figure out this mess.


I methodically went down the cut list, checking off parts as I assigned them to boards. 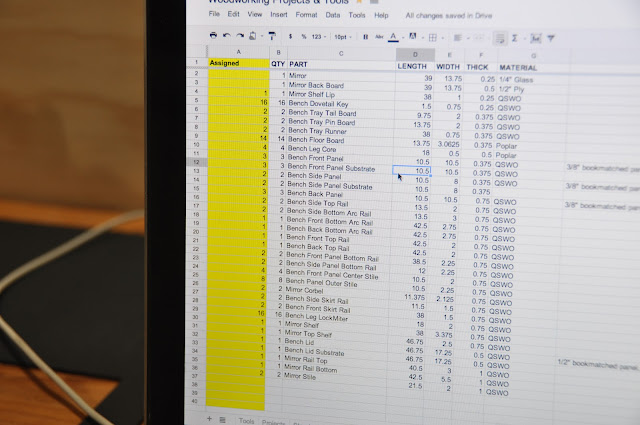 Keeping track of all these blue tape labels as I scattered them across a dozen or so boards required a lot of back and forth and triple checking.  Hopefully everything goes smoothly from here on out and I don't run into any hidden flaws in the wood.

Here is the end result: 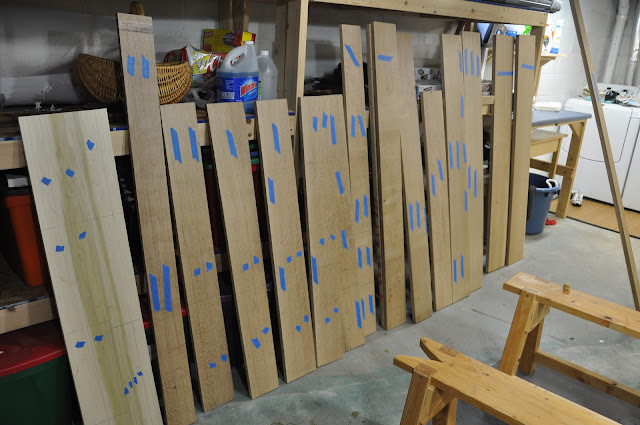