It's been awhile since I've made dovetails, but I've studied a bunch recently so I felt confident in going for it.

This is for a little till that will slide on runners just under the bench lid. 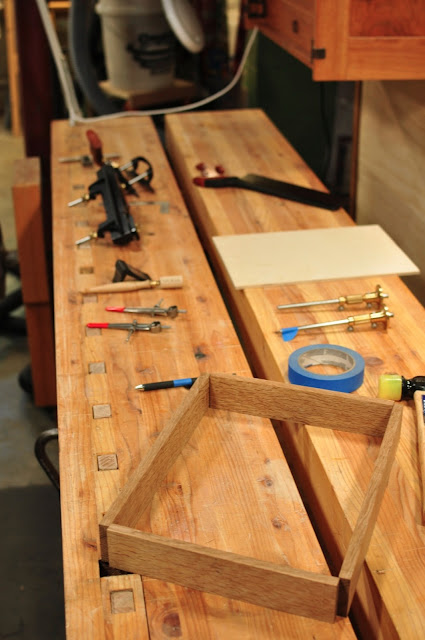 Orient the boards as they'll be joined and mark them so you don't get mixed up.

I forgot to take photos of measuring and marking out and cutting the tails.  I'll go into detail in a future post about the process of cutting dovetails by hand.  For now, just know that this is the best set of dovetails I've cut so far.  :-) 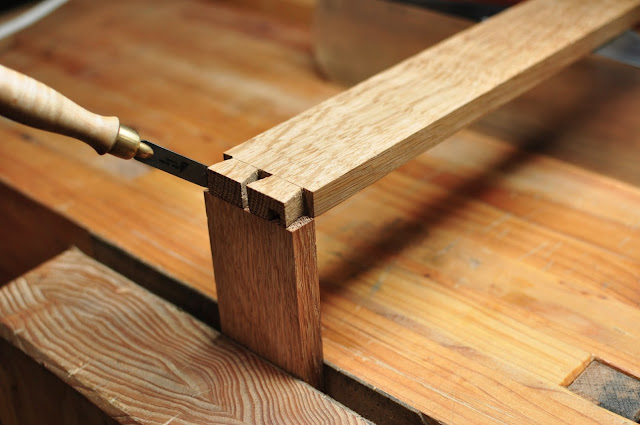 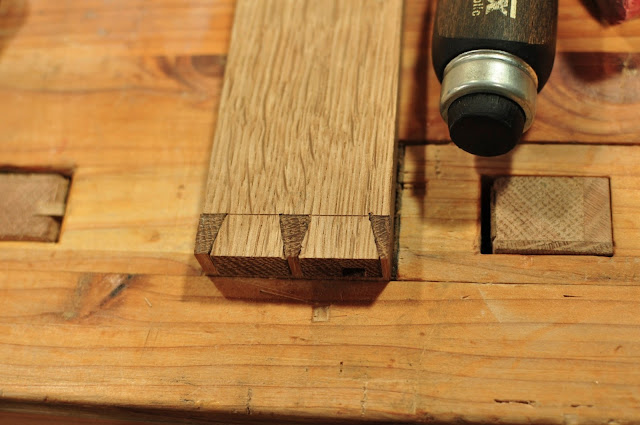 Clamping the pin board in my wagon vise to prevent any potential splitting during assembly. 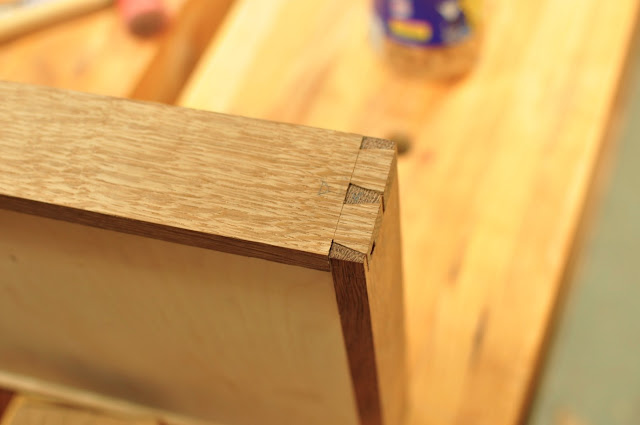 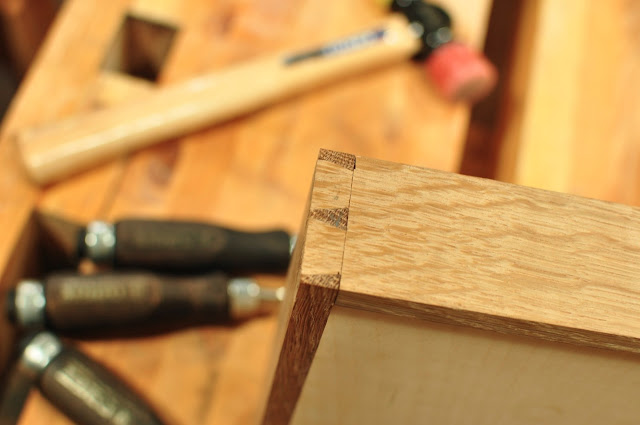 I think these are also the narrowest pins I've made. 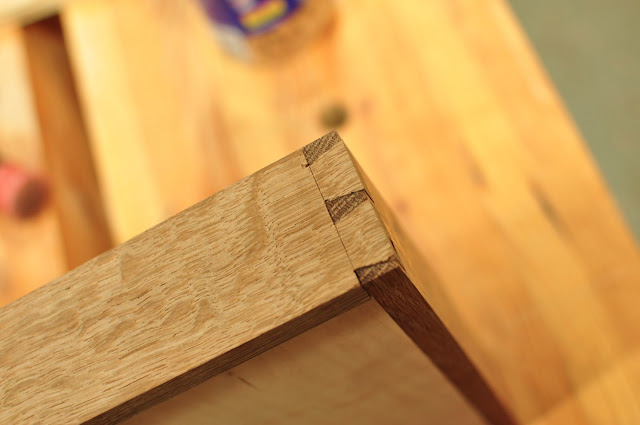 I've decided I should buy a real dovetail saw.  I've been using a Veritas Rip Carcass Saw with 12tpi (teeth per inch) which I thought was close enough to the 14tpi of a normal dovetail saw that it wouldn't make much difference and wasn't worth the purchase.  But white oak is a lot harder and denser than the softer stuff I've been using lately.  My rip carcass saw was hard to start and had a tendency to chatter and left a rough surface on the sides of the tails.  My crosscut carcass saw is 14tpi and it feels a lot smoother in the cut than this rip saw.  So now I just need to decide if I want the Veritas, Lie-Nielsen or Bad Axe.
Posted by Steve Erwin at 11:49 AM

Email ThisBlogThis!Share to TwitterShare to FacebookShare to Pinterest
Labels: Dovetails