A couple years ago, my wife decided she wanted to buy me a custom branding iron so I can apply a maker's mark to each piece of furniture I build.  It took me a really long time to figure out what I wanted my mark to be.

My last name is Erwin, originating from the Clan Irvine in Dumfriesshire, Scotland.  The etymology reveals that it's probably from Celtic words connected with Welsh ir, yr "green, fresh" + afon "water".  The clan was situated along the Irvine River in Scotland, thus their name.

Next step: what is the celtic symbol for water?

This is where it gets a little vague.  Symbology is messy stuff and symbols tend to get adopted and converted to other meanings as time passes.  But several sources have associated the triskele or triskelion or triple spiral with water (among many other things).

The triple spiral dates back 5,000 years to a burial ground at Newgrange.  Interestingly, the spiral and triple spiral symbols have appeared in a variety of world cultures spanning the globe, throughout human history.  There's just something about spirals.

So while the Irvine Clan actually has a coat of arms, and a symbol all their own, I'm choosing something that isn't so on the nose.

So here it is.  My name, my handwriting, my mark. 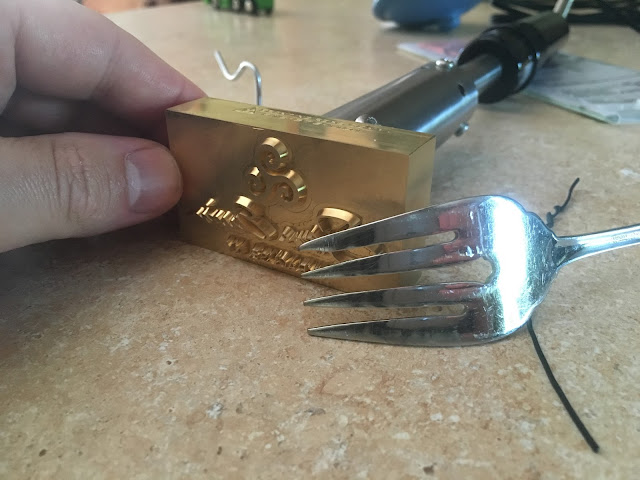 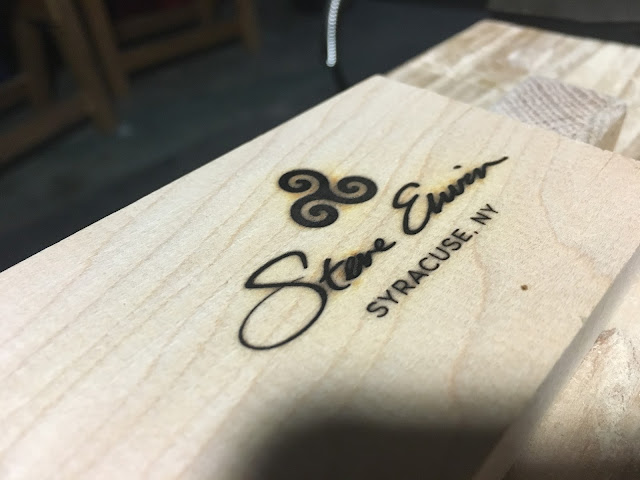 I'm amazed at how crisp and fine those lines are.  Branding Irons Unlimited did a great job.  This is one heavy duty, quality made tool.
Posted by Steve Erwin at 3:15 PM